Glen Glenday takes care of revenue at Shazam. That means he’s got a really interesting role in a really interesting new world. Shazam started as the app we use to identify music we happen to overhear and want to get the name for.. that made it one of the most downloaded apps of all time.

But it’s now a far broader piece of tech. It’s working with visual recognition, connecting mobile to print, packs, whatever. Its all pretty mind boggling and still evolving beneath our feet, but it boils down to Shazam now being a ‘discovery brand’.

So, Greg, what links music to the visual world? How do we design for the future? Do you believe we can see with our ears, and hear with our eyes?

Without a doubt we can.

There is so much research coming out about the power of music to paint an image in your mind. There is a reason I can’t force my kids to love a song from 1988 the way I do. That song opens pathways for me to memories they don’t have. There are songs that define moments in your life that are non-transferable.

The tape I used to listen to walking to middle school, the album we played in college when playing cards (or quarters), or a song tied to a relationship. It’s why a soundtrack can make a movie great. Rocky or the Empire Strikes Back. It’s impossible not to get an image in your head when you hear them.

As for hearing with your eyes, I think it works somewhat the same way with triggers. How many times do you have a song in your head and you don’t know how it got there. It likely came from a visual cue. A subway ride, or the last time you were at a particular bar, a billboard or a poster…

And as a medium that’s all about recognition, in an ever more visual world, does designing for Shazam need superpowers?

Yes! Shazam itself is just the utility to connect the real world to the digital world. We have figured out that the only time Visual Shazaming (image recognition) works well is if a great deal of care goes into the design on the front end and the back end.

If you don’t catch someone’s attention on the packaging with an interesting and clear call to action, they won’t want to go further. THEN, if you don’t deliver a beautiful, interesting, and immersive experience they won’t engage. So design has become crucial for us. Which is new for an audio company! 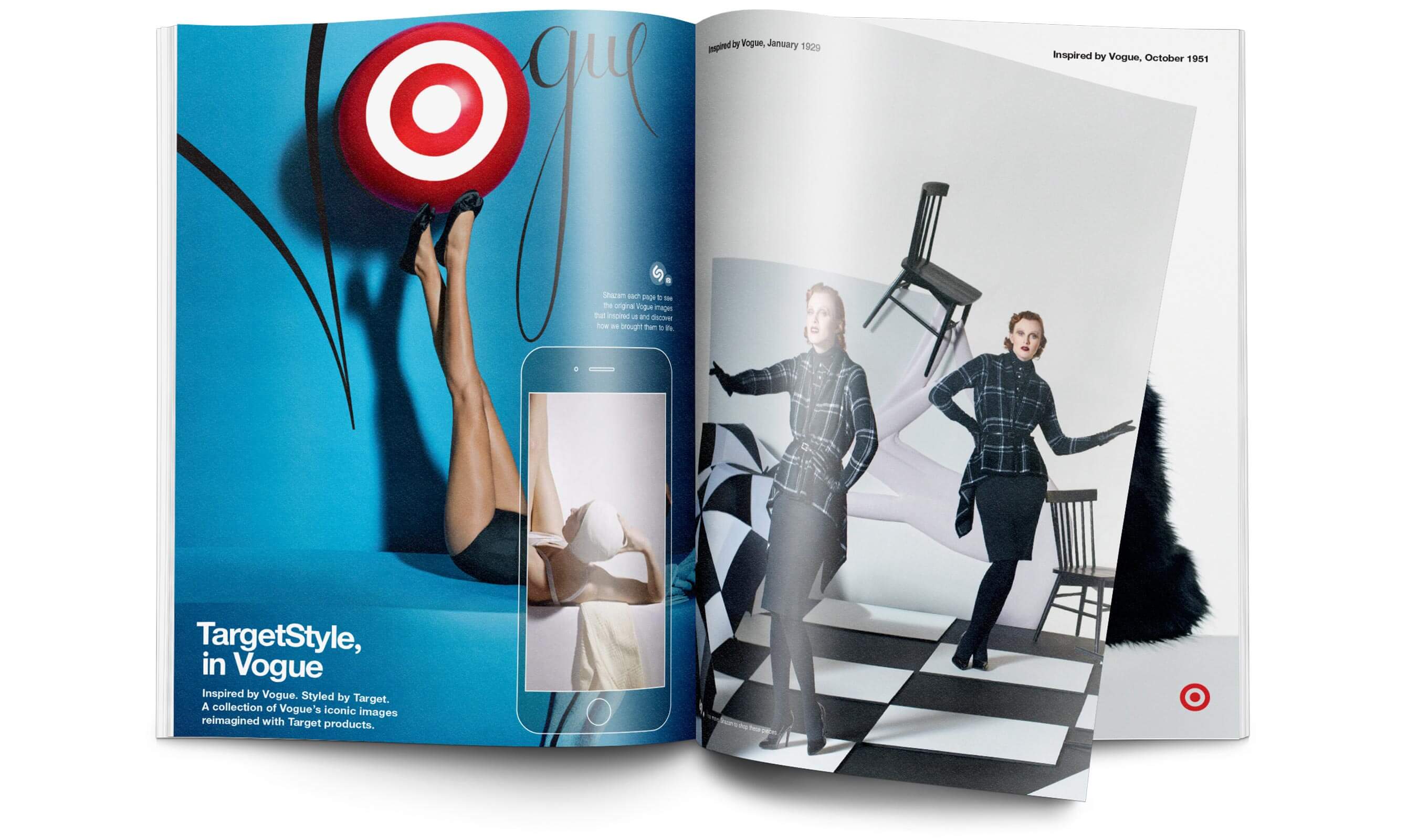 Target made a 21-page statement in Vogue magazine’s notorious fall issue by re-creating iconic looks using Target Style pieces – with each page Shazamable and redirecting to a particular part of the story on Target’s site. 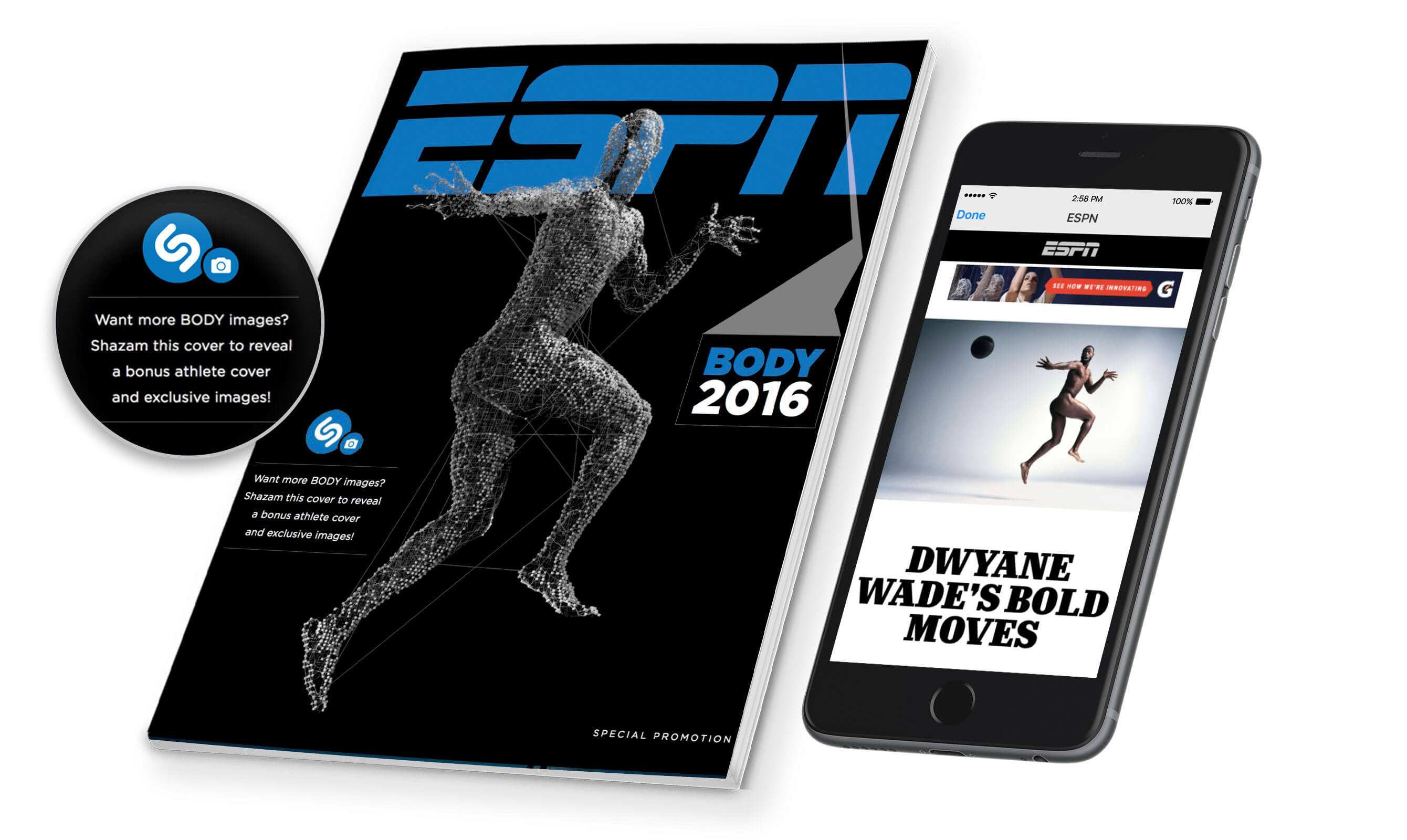 For ESPN Magazines “Body Issue,” Gatorade sponsored exclusive content and a reveal of the superstar behind “the body” on its cover using Shazam’s visual technology. This was also a neat way of sparing the blushes of its shy cover star Dwayne Wade.