What’s the relationship between film and comics?

“(We’re) capable of much more than two mutants beating each other to a pulp...”

What Hitchcock is to film, Eisner was to comics.

He was one of the earliest cartoonists to work in the American comic book industry, and his series The Spirit (1940–1952) was noted for its experiments in content and form. In 1978, he popularized the term "graphic novel" with the publication of his book A Contract with God. (source: wiki)

However, as he sadly passed in 2005 what’s he doing showing up on the Curate’s Egg? Well, back in 1984 as a schoolboy I wrote to him for help with my A-Level art essay. Incredibly he replied, and I cannot describe the thrill of seeing the airmail envelope bearing his stamp when it arrived in the less than metropolitan village I lived in In the Lake District. It felt like mail from another planet. In a way it was.

Will Eisner means so much to anyone who appreciates comic art, so I hope he will forgive my presumption in sharing his smart answers to my stupid questions from all those years ago…

Your questions would, to be properly answered, require a long and detailed answer – there are, by the way lots of published interviews with me covering the points you make – The Comics Journal 1974, and recently (this year) are useful – However so as not to disappoint you I’ll try to give you brief answers.

Is your work influenced by the cinema?

Not entirely – stage (live theater) is a greater influence.

What do you consider to be the advantage of comics over film?

Comics are portable and can be re-read.

What do you consider to be the advantage of film over comics?

Film has the capacity to create a real ‘experience’ – it has sound and suspense because you don’t see the next panel until the director lets you.

I’m working to take the medium into a ‘literary’ realm. Comics are a unique form of literature. They currently (or at least in the past 25 years) have suffered from weak / unrealistic subject matter. This medium is capable of much more than two mutants beating each other to a pulp.

Thank you for your interest! 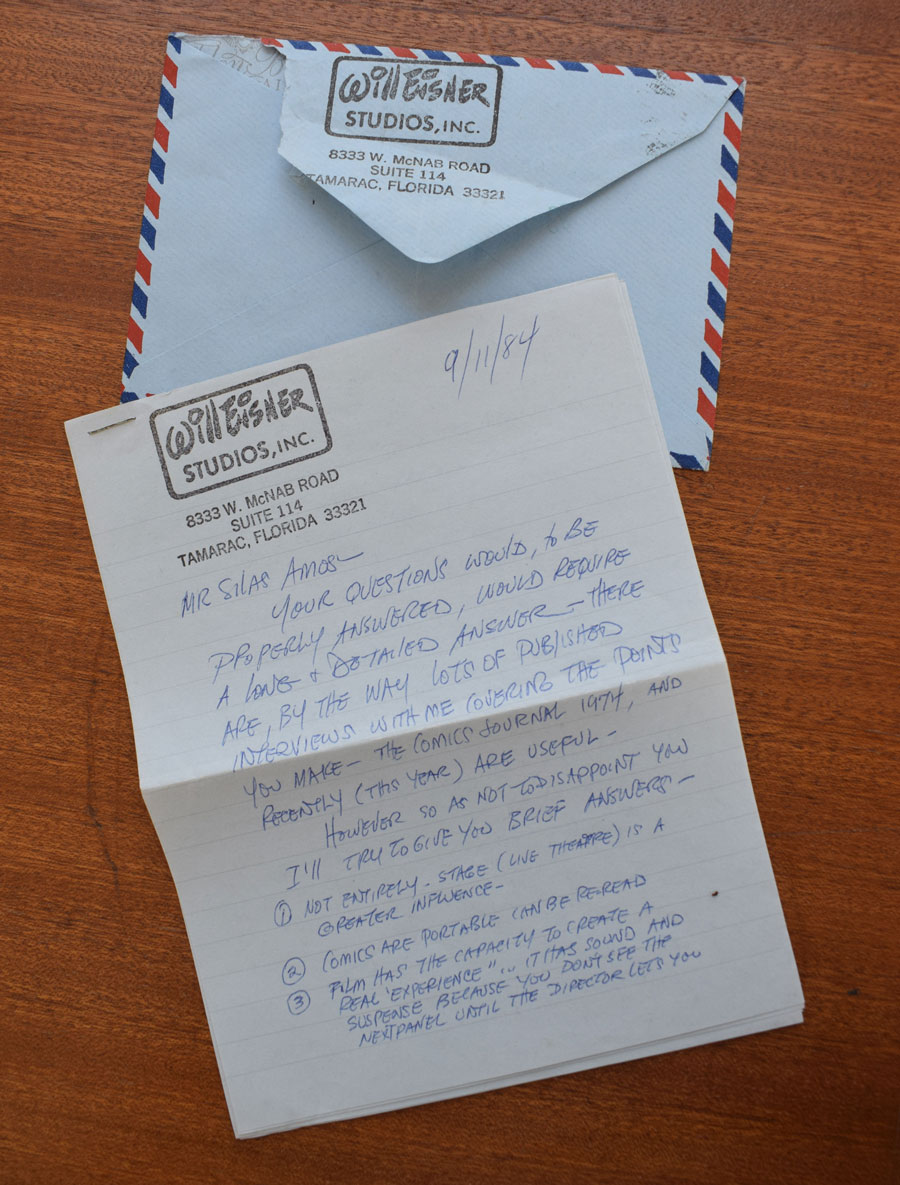 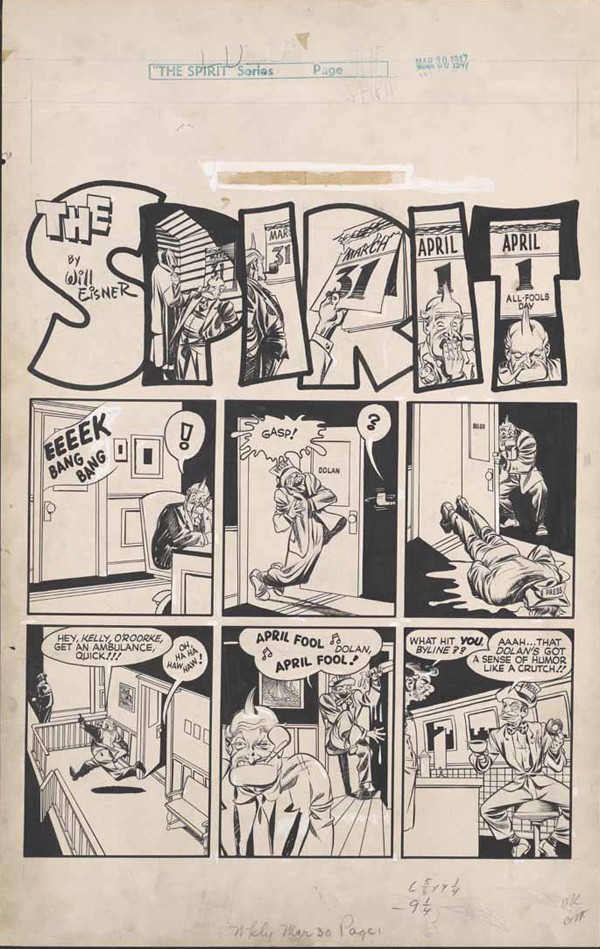 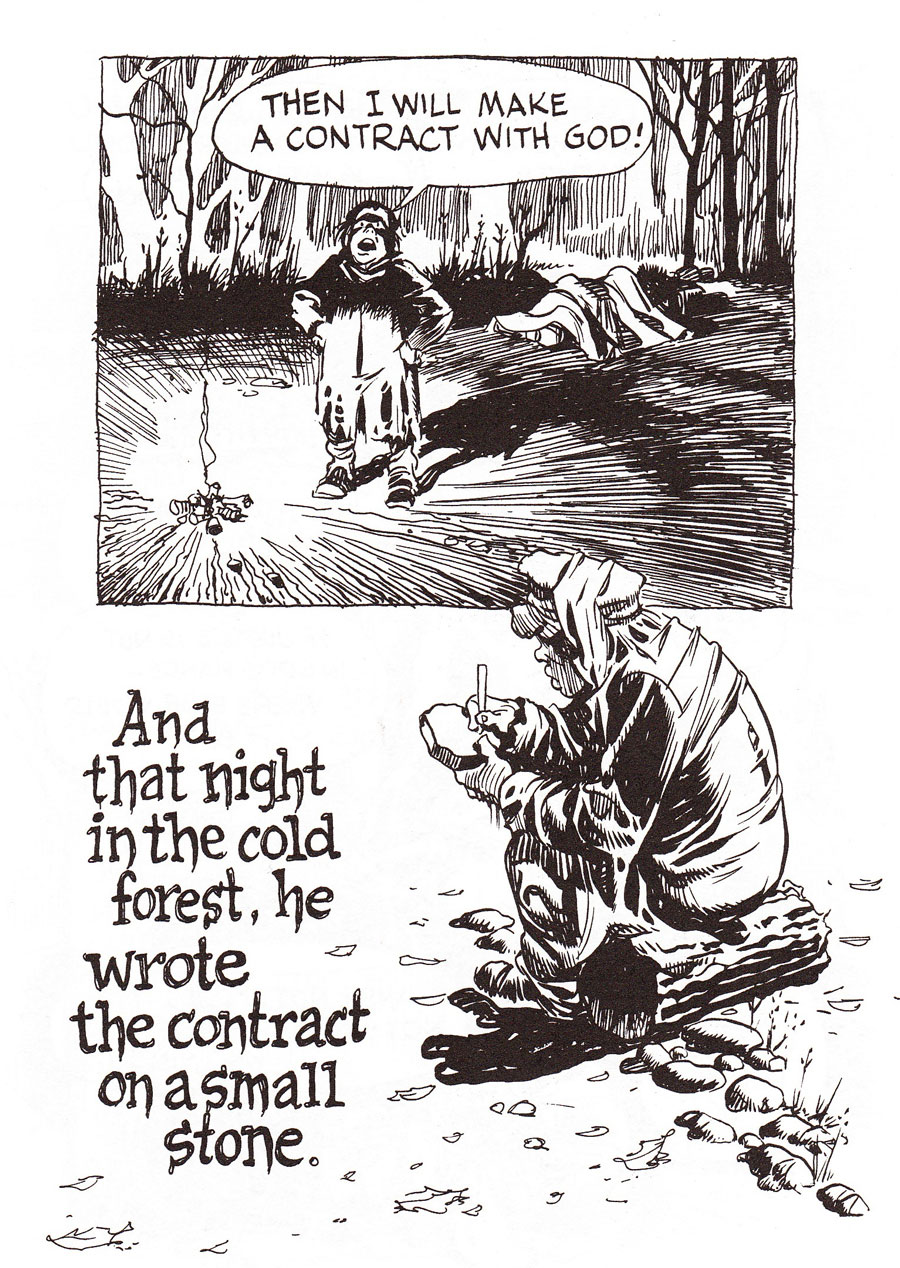 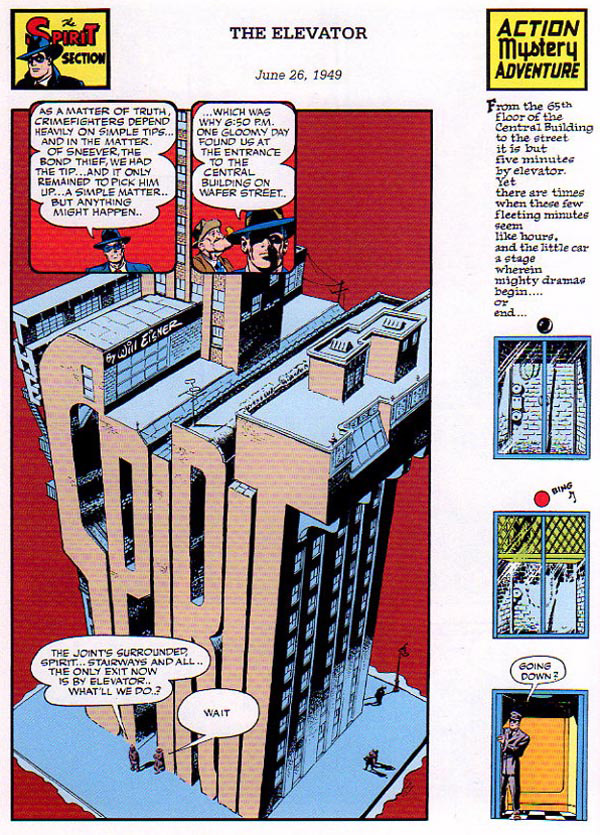